The Finnish heavy metal band Battle Beast has performed at the Razzmatazz concert hall in Barcelona on the night of Friday, April 19, 2019.

The Barcelona public has responded to the call of the Finnish heavies and has practically filled the Razzmatazz 2 to see the presentation of their new album 'No Hollywood Endings'. In this concert hall, Battle Beast has offered an energetic concert captained by their singer Noora Lohuimo. On her head she wore a headdress with horns sticking out and, on her body, a dress that looked like the Middle Ages. She was the vivid image of a Valkyria and, as might be expected, she moved in a vitaminic way, constantly throwing her fists in the air, up and down in a platform or moving her arms.

It was not difficult to imagine Noora in a spinning session, replacing heavy to electronic music in gyms. Especially at the beginning of many of their songs, very similar, with a keyboard-guitar (keytar) emitting a simple melody and a very eighties rhythm that invites you to move your arms and jump. Once the audience is focused on the new song, it develops in different ways.

Well towards the ballad, something that can mislead the toughest such as 'Endless Summer' or 'Wish' -this could come out in the credit titles of an anime-, or to heavier ground. However, their music is never particularly hard according to their style, it moves between heavy, like the epic 'Raise Your Fists' or the speed of 'The Golden Horde', and a very accessible hard rock to all audiences, very rhythmic and fun, ideal to 'broadcast' feedback to the musicians via horns, clapping or repeating their choirs although not as' light' as that of their Lordi compatriots. Other songs that Battle Beast performed were 'Familiar Hell', 'Straight to the Hell', 'Unfairy Tales', 'Black Ninja', 'Touch in the Night', 'Bastard Son of Odin', 'Hero', 'No More Hollywood Endings' ', 'King For a Day' or 'Beyond the Burning Skies'.

In fact, there were quite a few children in the audience with their corresponding ear protectors, which was quite rare in a heavy metal concert. The band probably knows and offers a family show, far from the low tone of sexual or ethyl nature offered by other groups of the genre, but also perfectly adapted to an audience that, for the most part, was over 40 years old.

Battle Beast is a band (Pyry Vikki, drums, Joona Björkroth, guitar and vocals, Juuso Soinio, guitar, Eero Sipilä, bass and vocals and Janne Björkroth, keyboards and vocals) quite theatrical, this is said in a positive way, which is expressed in addition to the dress of her singer with numerous smoke machines, lasers, change of costumes and different humorous 'gags'. For example, at a given moment, a guitarist moved from one place to another a keyboard -with a section of light percussion in its upper part- that the keyboardist played while walking behind him following a song. On another occasion the guitarist, while Noora was changing, has sung the song 'A Whole New World' from the animated film 'Aladdin' by Disney and, in another, they have directly started doing push-ups. A show between song and song is not bad either. By the way, they have played the spanish pop hit 'Aserejé' by Las Ketchup as an introduction to the beginning of their performance.

In short, Battle Beast offers a funny heavy metal show for all audiences in which although they don't invent anything new, it offers the not so common possibility that a whole 'heavy family' can go together to a concert without fear that the general tone of the concert is advisable or not for minors. Of course, seeing Noora in action and listening to her powerful voice is another great success when it comes to choosing them to spend a great concert night with heavy classic riffs but also with melodic choruses. 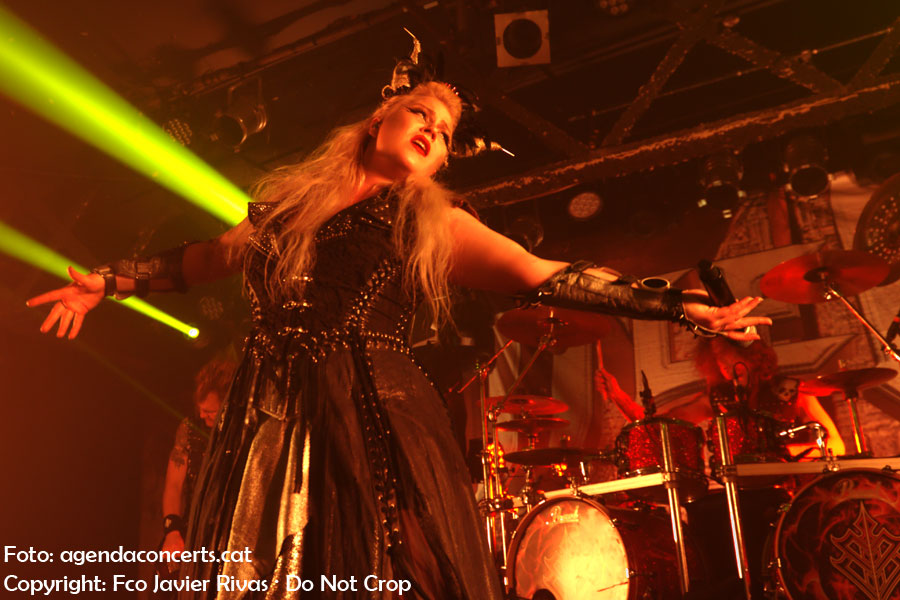 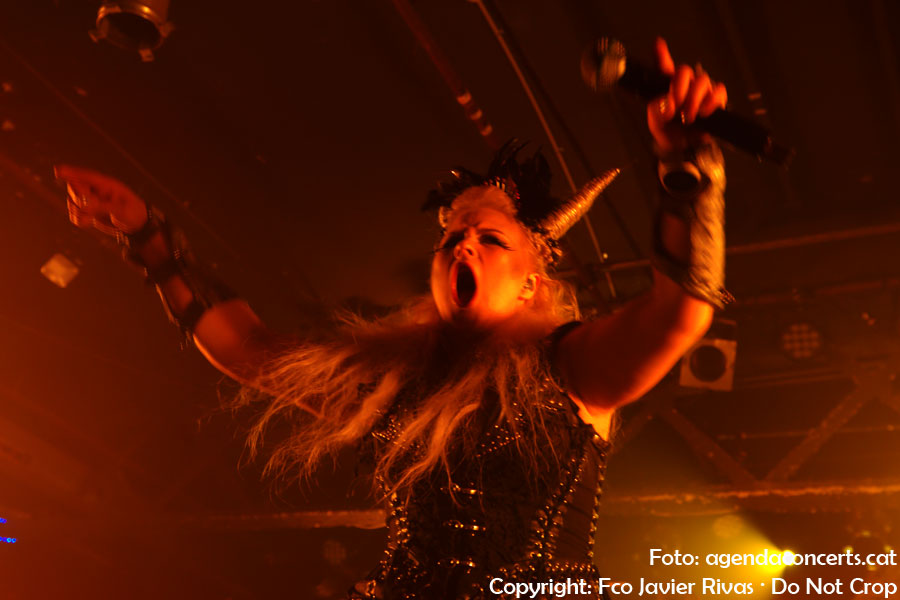 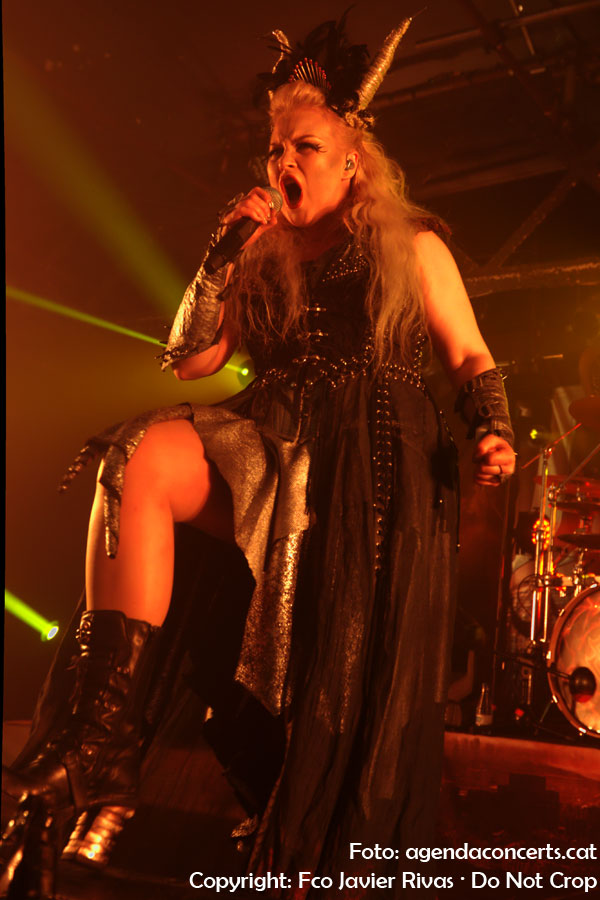 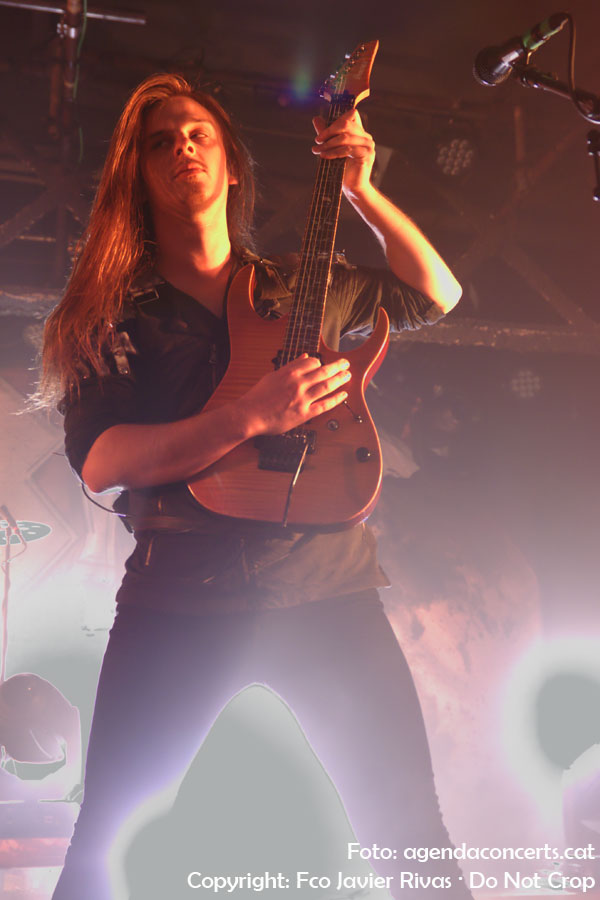 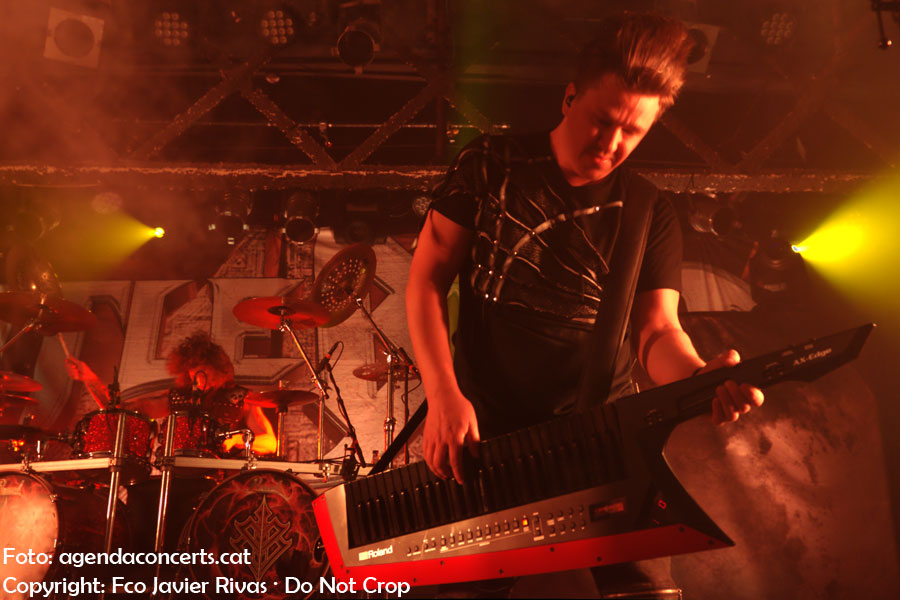 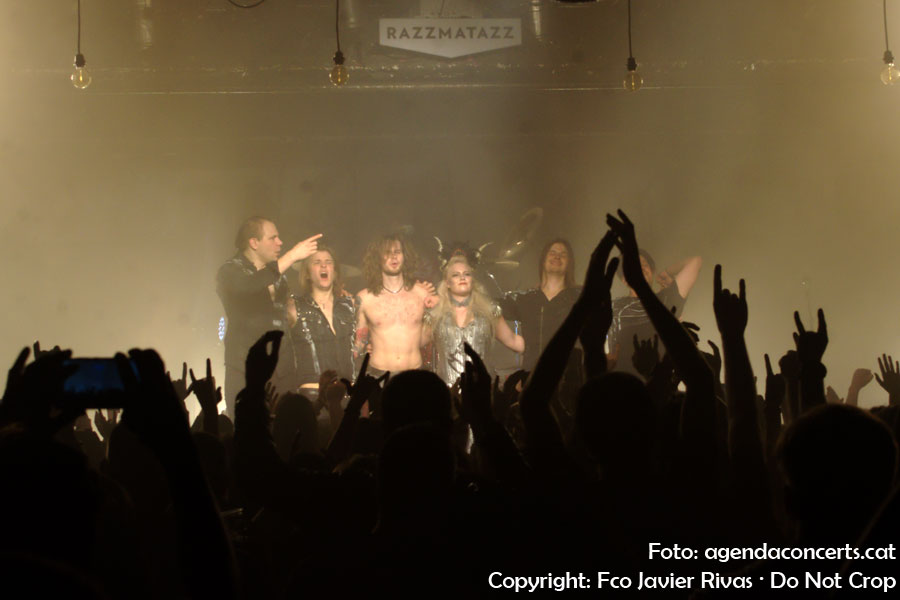