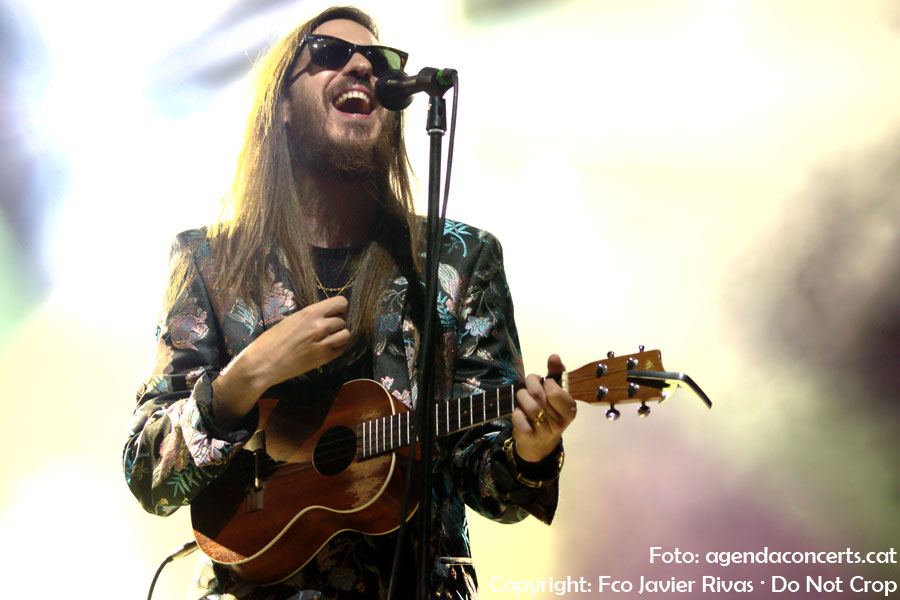 At Sala La Riviera in Madrid

Carlos Sadness has performed on Saturday, June 29, on the second day of the Barcelona Share Festival, located at Poble Espanyol. The musician, although the heat was intense, has appeared dressed in a suit of jacket assuring that "it is the last day of winter" and that would take it away during the last song of the concert of Alfred García, next artist in acting in the festival. Carlos sang with Alfred the song 'Do not count on me today' and the change was from a floral jacket to a denim jacket.

Tropical influenced songs such as 'Amor Papaya', 'Te quiero un poquito', 'Volcanes', 'Isla Morenita', 'Miss Honolulu', 'Física', 'Bikini', 'Perseide' ... On the stage, some have sounded figures of flamingos and floral jackets that, together with the suffocating heat due to the heat wave suffered in Europe, has become the most tropical moment of the festival.