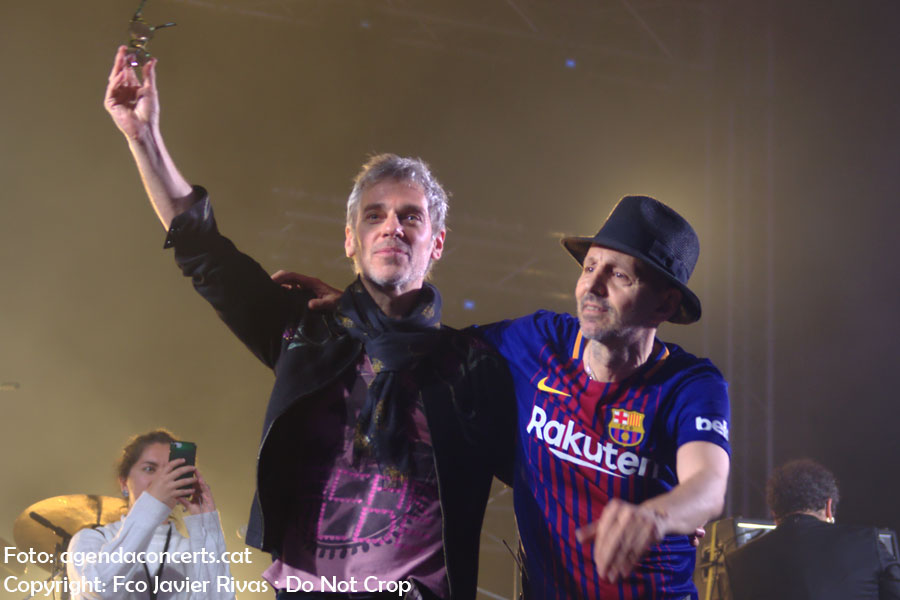 At Sala Inn Club in A CoruÃ±a

The mythical band Tequila performed on Sunday May 19 in the tent of the Plaza de la Agricultura of Sant Boi de Llobregat within the framework of its street festival. The veteran group formed by Ariel Rot and Alejo Stivel -unique original members-, accompanied by a band of musicians from Barcelona and Uruguay, has started their concert with the famous 'Rock and Roll en la plaza del pueblo' and has finished with the no less famous 'Salta'.

Great successes like 'Yo quería ser normal' (first new group song in 35 years, for the movie 'Superlopez'), 'Dime que me quieres', 'Que el tiempo no te cambie', 'Mister Jones', 'Sábado a la noche', 'Ya soy mayor', 'Yo era un animal' or 'Me voy de casa' with which the large audience that has filled the tent and attended the concert has danced and shouted, sheltered from the rain that it has ruined other concerts.

Not only have they performed rock songs, also reggae songs like 'El Barco' and some of Stivel's solo career and a couple more in which Ariel has sung as a soloist. Happy Rock, fresh and carefree that has drawn a smile in the respectable, also thanks to the charismatic Alejo Stivel.

Among the musical anecdotes there is Sergio Ortiz, singer of the band Smoking Stones - a tribute to The Rolling Stones that acted after Tequila - was invited to sing 'Hace Calor' by Los Rodríguez with them on stage.