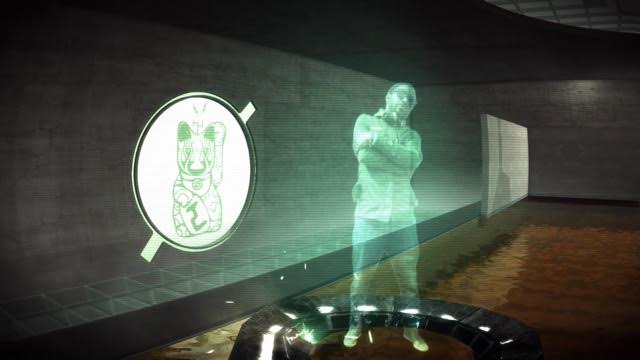 What they have in common these festivals is the addition of a creative forum in its programming. In the case of Sónar is Sonar+D. A statement released by the Sónar says that the common goal among festivals is "join forces to create, produce and disseminate innovative cultural practices from a multidisciplinary perspective to establish strong links between artists, professionals and the general public. "

The collaboration to be established between the festivals is will go as follows: each festival will participate in two events and will host two other festivals. Sónar 2016 in Barcelona will receive Elevate and Reworks, they will participate in music programming and content in Sonar + D. The Sónar, meanwhile, will present content in TodaysArt (September 22-25) and Insomnia (26-28 October).

The Austrian festival Elevate will present at the Sónar the Decentralize cycle. Presented by the American activist Jacob Applebaum and moderated by the co-founder of Elevate, Daniel Ercharler, is a series of lectures to the public at MarketLab about data privacy, blockchain and new social networks. There will be also a workshop that will implement the issues addressed in debates (Efraín Foglia, Matt Dryhurst, Katharina Nocuń, Lars Holdhus, Markus Sabadell ...).

The Elevate will also present the Kode9 & Lawrence Lek's performance on Friday June 17 at the SonarHall  in a talk the day before the show at Sonar + D.

The greek festival Reworks will presents a talk, with the name of 'The shock waves of the sonic boom', about the affinities and differences between the European and American electronic music markets. The festival director Anastasios Diolatzis will participate in professional meetings Meet the Expert. Musically, the festival will participate in the Sónar presenting all stage performances SonarVillage Saturday 18 June Tendts, Ison, Badbadnotgood, Ivy Lab, Nozinja, Troyboi, Section Boyz and Ed Banger House Party.

The same initiative We Are Europe will have a space in MarketLab where details and guidelines of their program will be presented. The artistic director of Arty-Fary -a company that organizes the festival Nuits Sonores and leads the project We Are Europe- Pierre-Marie Oullion, will participate in Meet the Expert Sónar's section.

The judge has dismissed the precautionary measures for the workers complaint, noting that La Fira violates their right to strike by hiring other scenario assembly companies while they strike.
2019-07-16
Read more

The Sónar of Bad Bunny, Stormzy, Arca or Vince Staples, in real danger

The festival has resolved the loss of A$AP Rocky with Stormzy but the strike of the riggers seriously threatens the celebration of the music festival.
2019-07-15
Read more

Problems for the Sónar 2019: A$AP Rocky will not perform and the stage builders go on strike

The solutions: the Sónar will announce another artist and La Fira guarantees that the stages will be raised.
2019-07-11
Read more

The concert of A$AP Rocky at Sónar, likely to be cancelled

The rapper has been arrested in Sweden because of a fight in the center of Stockholm. It could be sentenced to six years in prison.
2019-07-09
Read more

Sónar joins the shareholders of the Madrid’s Festival Paraíso

They are two of the most important festivals in Spain of electronic music. The collaboration is oriented to the generation of contents.
2018-05-18
Read more

The festival will be held from July 18 to 20 at the Barcelona Fair and L'Hospitalet de Llobregat (Spain). It has also confirmed the presence of MC Lil Uzi Vert, The Matthew Herbert Brexit Big Band or Louie Vega & Honey Dijon.
2019-03-01
Read more

Alliance between Sónar and the Mobile World Congress in Barcelona

The electronic music festival will be held from June 14 to 16 in Barcelona and L'Hospitalet de Llobregat.
2017-11-29
Read more

Bad Gyal, BSN Posse, Bejo, Dellafuente or Maka will perform in this new space of Sónar by Day.
2017-03-08
Read more